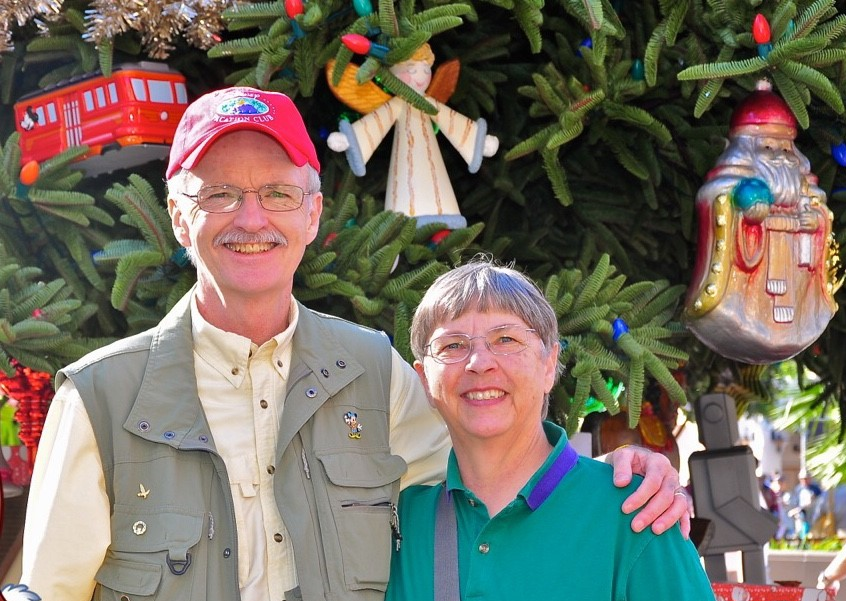 For most of Jeanne McCune’s life, she wasn’t that interested in birds. In 2000, that changed when Jeanne and her husband, Marty, traveled to Belize where the couple took bird walks every morning. “I just fell in love with it,” Jeanne said. In 2001, she retired from teaching and, shortly thereafter, enrolled in Denver Audubon’s beginning birdwatching class, where she and Rhonda met and became thick as thieves.

From there, Jeanne became a feather in our wings, integrating herself as a crucial volunteer who helped us fly into the clouds. Among her many contributions, she helped create our first naturalist training class and—due to her teaching experience—was an essential part of developing our school programs. Jeanne said that she loved working in school programs because of the children’s curiosity. “You can’t get the future taken care of unless you educate today,” she said. Today, Jeanne continues to donate a ton of her time assisting us in the office once or twice a week (and hassling some of us about the cleanliness of their cars).

In addition to her valuable time, Jeanne and Marty have been among our most prolific donors for years. Recently, the couple’s generosity reached new heights when they began turning a portion of their IRA Required Minimum Distributions (RMDs) into Qualified Charitable Distribution(QCDs). According to Fidelity, “A QCD is a direct transfer of funds from your IRA custodian, payable to a qualified charity.” Fidelity states several benefits of doing this, including that a QCD “is not included in your gross income and does not count against the limits on deductions for charitable contributions.”

If you have an IRA, you’re aged 70 ½ or over, and you don’t need the income generated from your RMD, consider giving a QCD to Denver Audubon (or another deserving nonprofit). According to Jeanne, “It was a no-brainer for me. I can give more money, and I don’t have to pay taxes on it.” If you’re interested in making a QCD, contact your financial advisor to ensure you reap the most benefit (and follow the government’s requirements).

This December, Jeanne and Marty are celebrating 50 years of marriage! Congratulations to you both and thank you from the bottom of our tail feathers for all you do!