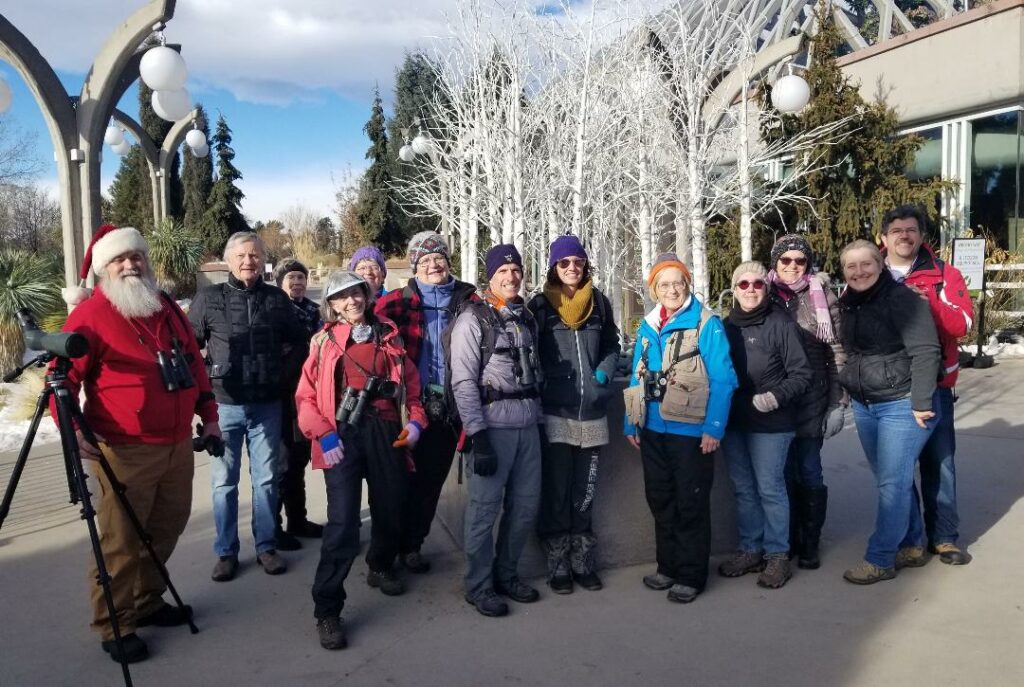 On New Years Day, 166 intrepid birders flocked into 18 field parties and spent all day counting every bird they could see or hear as part of the 32nd annual Denver Urban Christmas Bird Count. Adding their results together, the groups counted 46,597 individual birds, which represents 117% of the 32-year average. Unsurprisingly, the most prevalent species were Canada and Cackling Geese, comprising 64% of the birds counted. The total number of species observed was 86, with some saying the Long-eared Owl, spotted at Rocky Mountain Arsenal, was the coolest.

Hugh Kingery, one of Denver Audubon’s founding members and the Christmas Bird Count Data Compiler, had a few observations he shared: