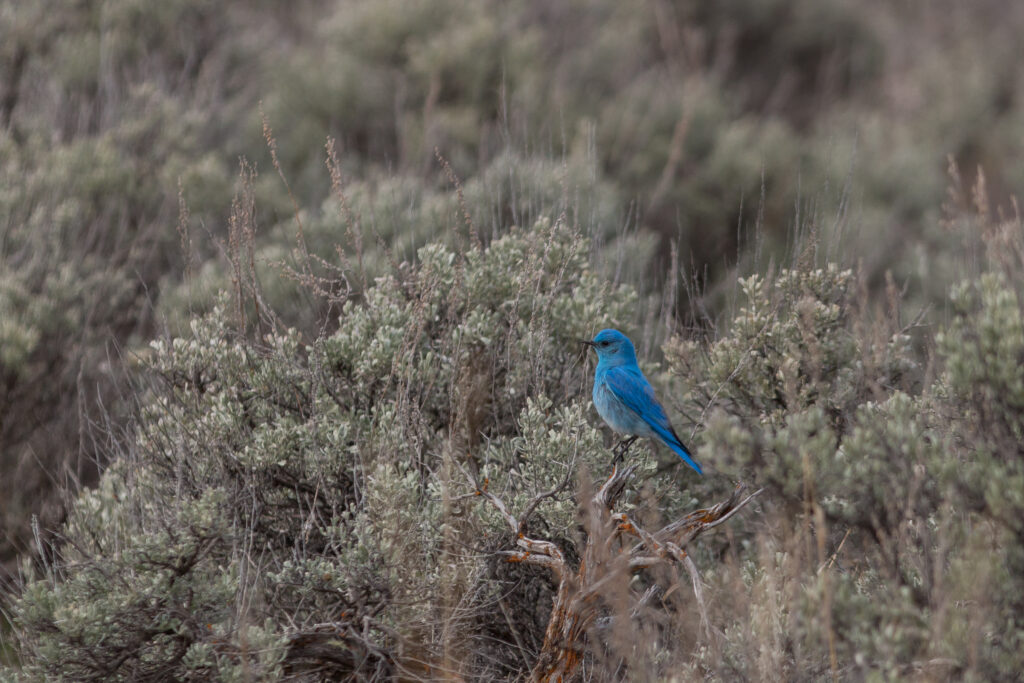 Bluebirds have arrived! On February 27, Brenda Beatty saw five Mountain Bluebirds along County Road 105 near Sedalia. At the Denver Audubon office (back in the days before it closed) Rhonda Shank saw “two Mountain Bluebirds sitting pretty on stalks of mullein outside the office! Thanks to Betty Glass for pointing them out to us.”

On March 17, Leslie Hankerson in Elizabeth “saw a Western Bluebird on a branch by the mailboxes at the end of my street. The next day, I heard them talking in the branches before I left in the morning.” On March 19, the Western Bluebirds she heard showed up during the morning rain. “There were five in the group and they knew just where my feeder is. Returnees?? They continued to feed until the snow and wind got to be too much.”

Urling and I have watched both Mountains and Westerns along the roads in Franktown. We saw our first group (twenty Mountains) on March 1 and twelve the next day. After that, we saw only small group of one to three. On March 24, a Mountain Bluebird investigated a bluebird box in the field below our house; in past years, they have used boxes across the road.

The first Westerns we saw (eight) appeared on March 11, and their flocks have run as high as sixteen. They seem fairly widespread, and we see them daily along the Cherry Creek trail.

Your contributions write this column. Thanks to you who sent in all these intriguing reports. Send a note or post card to P.O. Box 584, Franktown 80116, or Email me: ouzels8@aol.com.