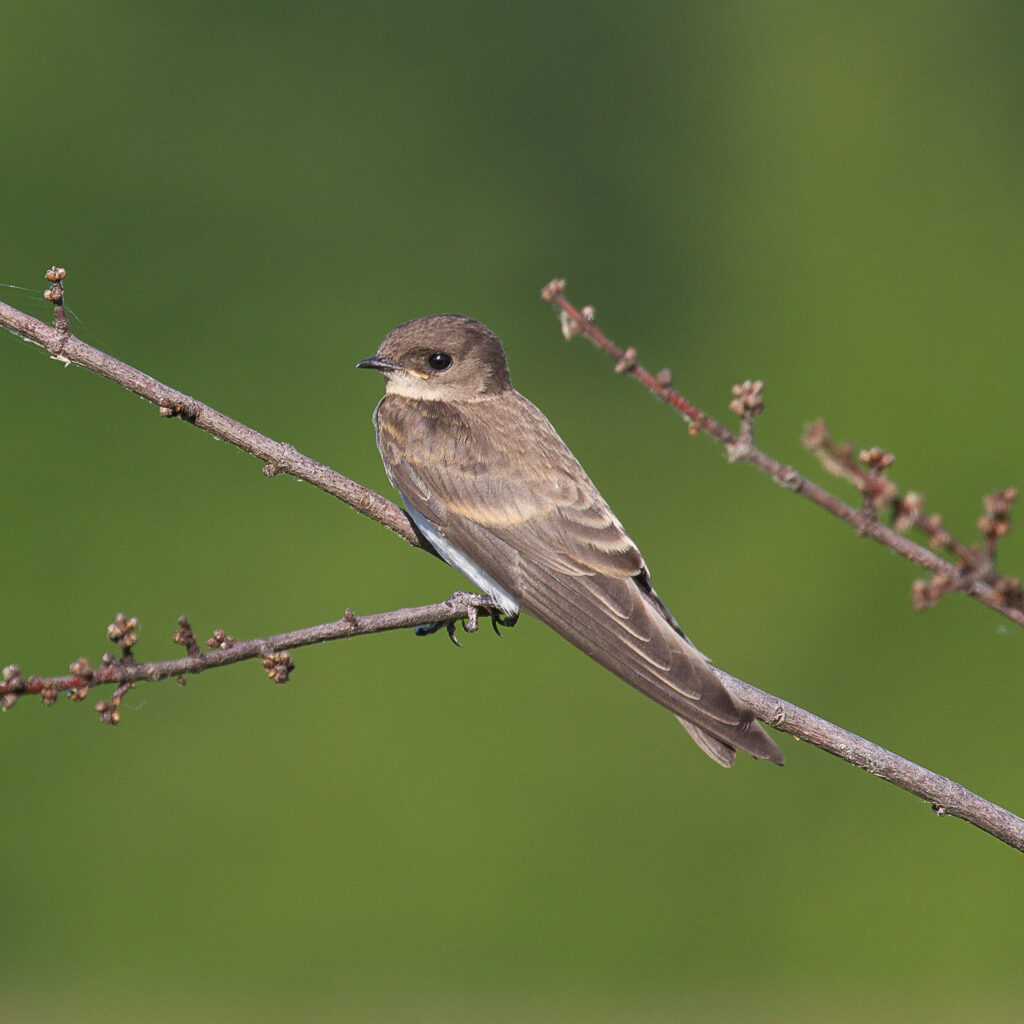 On March 17, Amy Cervene “heard my first calling Say’s Phoebe in Highlands Ranch.   Pretty sure I startled some neighbors when I called back to him ‘Welcome back!’”

On April 4, Brian Johnson “got a nice treat,” on the South Platte. He wrote:

Near the Denver Seminary, a large group of Tree Swallows passed me, heading north. This group was followed by another and another. In all I counted around 53. They were not actively foraging like swallows and did veer away from the river, but all flying upstream heading north following the river. It lasted for about five minutes before ending. In that group was one Barn Swallow.

Also, Kevin Corwin wrote that he and his wife, also on April 4, were walking on the Greenwood Gulch trail:

We were cussing and discussing the recent hatch of small flying insects (midges? mosquitoes?) that were swarming around us as we walked. I querulously queried ‘Where are the swallows when you need them?’ Just then, we saw our first-of-season Tree Swallow.  Just one.

John Ealy reported “a hummingbird at 11:37 a.m. April 5 on my nectar feeder in Roxborough Park.” John didn’t hear it trill, so suspected a Black-chinned, but the next day he confirmed it was a Broad-tailed.

The next day, in Franktown, Karen Metz spotted a Broad-tailed Hummingbird a little after 9 a.m. “that made repeated visits to two nectar feeders. In past years, my earliest hummingbird arrival had been April 7, but the more typical date is usually a week later.”